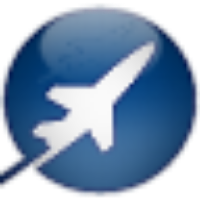 One of the most popular and powerful features of Logbook Pro is its extremely powerful capability to keep multiple logbook data files synchronized among one another. Take for example a scenario where a corporate pilot has a computer at work and a computer at home. The pilot makes a few entries on the home computer and sometimes makes a few entries on the work computer. A situation often occurs where the pilot can't remember if he/she entered certain flights on one and which flights he/she entered on the other computer. Logbook Pro takes care of this by allowing the user synchronize multiple data files and Logbook Pro does the work in passing entries from one logbook the other has, and vice-versa, in the end, both data files get brought up to the most recent state.

The Synchronize capability is only in the Professional and Enterprise Versions, to read more about the differences in the versions and licensing requirements, read both the PC Version Description area of this documentation and the NC Software, Inc. License Agreement.

The concept behind the Synchronizing capability is to have the pilot declare one logbook data file the "Master" log. Logbook Pro creates a "clone" of this master logbook for use on other systems. This Master and Clone are related, they know they belong to one another and will talk to each other to share data. If two logbook data files were not created using the Synchronize Wizard, the data files will not talk to each other, therefore not be able to keep one another synchronized. When new software updates are released, there sometimes is a data structure modification which causes this relationship between the master and any clones to become disconnected. It is imperative, as the warning displays when beginning an upgrade process that all clones are synchronized with the master then delete all clones. Clones must then be recreated after the software has been updated with the newer version. Secondly, all systems that are going to host a master or a clone logbook must have the identical version of Logbook Pro running, i.e. you cannot have 1.5.1 on one system and 1.6 on another, the data will be unreliable and most likely will not synchronize at all.

Choose one of the four options to continue with the desired option. If a clone has been created and used, bring the clone back to the same system as the master log and initiate the top option to sync the master and clones. Follow the steps as shown selecting the master and clone files to be synchronized. It is always recommended, prior to any data modifying operation such as the Synchronizing of data, to create a backup of your data.

If you are creating a clone for the first time, or recreating a clone, select the second option. The process will walk you through the steps to create a clone, ending in _clone.lbk and even the option to save a compressed transfer file (.LBX) to export the data to another system or e-mail to a place of business for use.

The bottom two options are for importing a clone or exporting a clone specific format (.LBX - compressed clone). Follow the steps and the wizard will guide you through all the pertinent information.