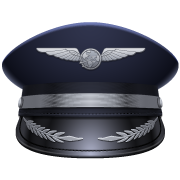 Why does my Flight have Night Time but no Night Landing

As of the time of this writing, according to FAR 61.57 (b) (1), for purposes of currency, night landings must take place "during the period beginning 1 hour after sunset and ending 1 hour before sunrise", while FAR 1.1 states "night means the time between the end of evening civil twilight and the beginning of morning civil twilight".

Due to the way the regs dictate the difference between "night" and "night landing", APDL automatically calculates the portion of your flight that qualifies as night flight time based on civil twilight, but landings are determined to be day or night based on 1 hour after sunset and 1 hour before sunrise. For this reason, it is possible to have a portion of your flight counted as "night" flight time, but the landing be counted as a "day" landing.

An example of this would be a destination airport with a sunset time of 2000 and civil twilight time of 2025. If the flight lands at 2020, and parks at the gate at 2040, the "night" portion of the flight is between 2025 and 2040 resulting in 15 minutes of "night", but the landing was only 20 minutes after sunset so it does not qualify as a "night landing" even though it was after sunset and there was some night flight time logged.